The science of measurement seems ever upon us. While there had long been a general interest in measurement, it became a pressing issue with the increase in scientific activity toward the end of the 18th century. An urgent question arose: how to standardise measurement of the distance between two defined points. The metre became the case in point.

There's something to think about next time you are painstakingly measuring the millimetres between zero and the marks your research participants have made on 'before' and 'after' 10 centimetre/100 millimetre lines, for example on pain scales. Although if you are so inclined, that might be easier to think about than the current definition of a metre: the path travelled by light in a vacuum during a time interval of 1/299 792 458 of a second (http://physics.nist.gov/cuu/index.html). Dare I say so much for precision!

But, of course, precision is important as we collect data and use it to measure the effectiveness of the many different approaches and interventions that we use to protect sick, injured and vulnerable people from harm and to foster their healing and health. We are all familiar with nursing-sensitive outcomes and nursing key performance indicators (KPIs). But, in keeping with the history of measurement, the current term of choice has definitely become nursing metrics. 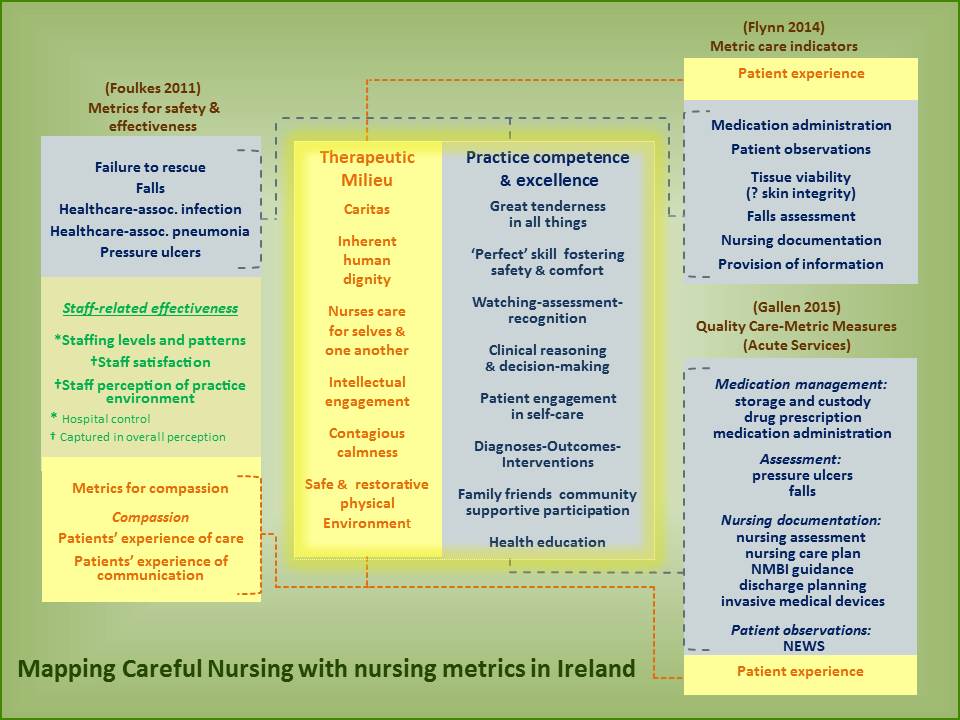 Metre is also used to refer to the rhythmic structure and patterns of music. These may be deeply embedded in how people experience sound and its healing qualities. Likewise, metre is an important element of poetry where it represents the rhythms, patterns, expressions and meaning of ideas and experiences expressed in verse.

It seems that it would be possible to have qualitative nursing metrics, perhaps related to patterns of activity observed in case studies or related to rhythms of experiences lived in nurse-patient relationships. Some of the implied quantitative metrics for Careful Nursing outlined above, especially those linked to the therapeutic milieu, already suggest the possibility of qualitative metrics.